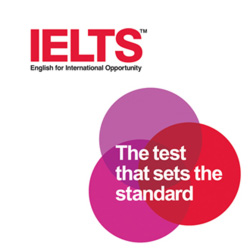 The International English Language Testing System ( IELTS ) is a test of English language proficiency, developed by the University of Cambridge Local Examinations Syndicate. IELTS is now accepted as evidence of a prospective student’s level of English by most universities in English speaking countries.

There are two different IELTS tests that you can do: Academic and General. If you are interested in studying at a university in an English speaking country you will need to take the academic version of IELTS. IELTS is not a test that you can pass or fail. Your assessment will be reported according to a scale from bands one to nine. You will need to contact the university you wish to enter to find out the IELTS score they require for entry into your chosen course. Band one indicates that you have virtually no English at all. Band nine is considered native speaker proficiency. Universities in countries like the United Kingdom, New Zealand and Australia typically require a band score of between 6 and 7.