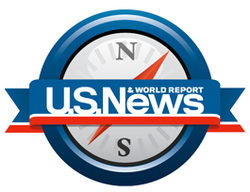 Yes, many factors other than those spotlighted in the rankings will figure in your decision, including location and the feel of campus life; the range of academic offerings, activities, and sports; and cost and the availability of financial aid. But if you combine the information in the rankings with college visits, interviews, and your own intuition, our rankings can be a powerful tool in your quest for the right college.

How does the methodology work? The U.S. News ranking system rests on two pillars. The formula uses quantitative measures that education experts have proposed as reliable indicators of academic quality, and it's based on our researched view of what matters in education.
First, schools are categorized by their mission, which is derived from the breakdown of types of higher education institutions as refined by the Carnegie Foundation for the Advancement of Teaching's Basic Classification in 2010.